Animation in Krita: one more step!

Today a new cool feature arrived in Krita development version (many thanks to Boudewijn Rempt who did it): the “LayerGroupSwitcher”.
Basically it’s just two little shortcuts (not assigned by default), that switch to next or previous group layer, hiding the previous group and showing the current one.
With this it’s much faster to work on an animation or image sequence using group layers to separate frames.

The main problem I have with this method is the lack of an automated light-table, so as a workaround for now I use a clone layer of previous/next frames inside my current group, with lower opacity and a red or blue color over it (check the screenshot for layer stack details…)

A very quick test anim to show that it works, download it here. 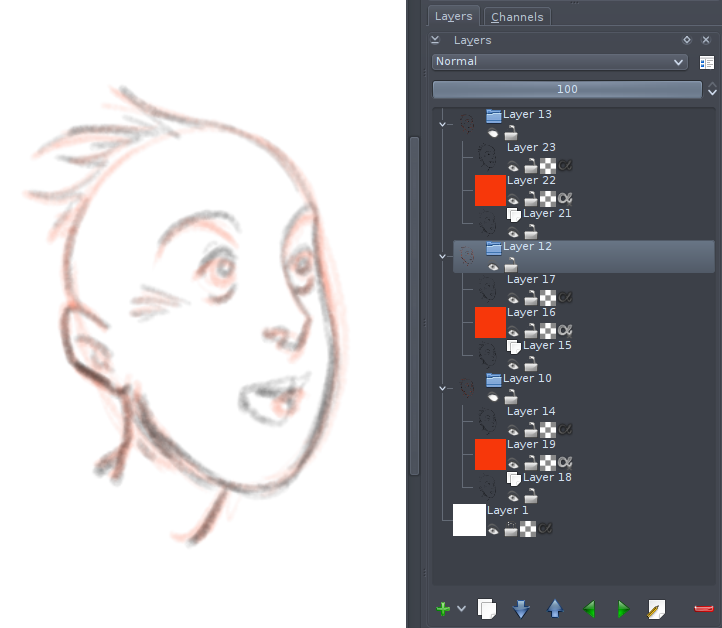 2 Responses to Animation in Krita: one more step!